When we decided to put in the chicken coop in spring, I was adamant about no roosters.  Didn't want the crowing or the "cocky" attitude.  But as fate would have it, of our 14 chicks, on developed into this king of the coop: 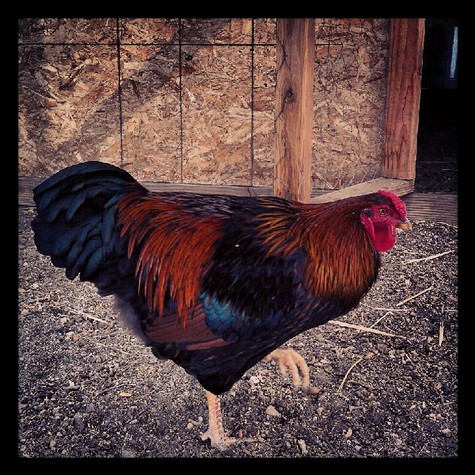 My early fears were put to rest as he quickly won me over.  He seems to rule the roost with a positive attitude.  And with the coyote yelps in the distance, I'm sure his pressence lends a calming influence at night.  Also I think he has been a bit of a good luck charm for my Hotspurs.  It can be no coincidence he first started crowing about the time the pride of Nacogdoches arrived in North London.  I have to say there is a bit of a resemblance: 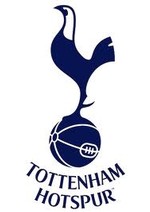 So yes, from Casa Grandes to San Diego, from the Rio Grande all the way north to Little Rock, the legend of Gallo del Cielo lives on.  I mean, what a good looking dude.

Max
@ Oct 11, 2012 at 11:57 AM
Random question, but have you ever tried Icewine (Eiswine) and if so, what are your thoughts on it. I don' think it is possible to make it in Paso, but have you ever wanted to try and make it. Just curious.

Jason
@ Oct 12, 2012 at 8:48 AM
Max, From my days as a junior scout survivalist, I know of two ways to purify water in nature. One is to freeze it, as all the impurities are excluded from crystalline structure of the ice. This is the concept behind ice wine, except in this case the vintner wants the impurities (sugar, acid, phenolics..etc) concentrated and throws out the pure ice. So ice wine is just using nature as your concentrator to produce a dessert wine. We don't do that here for a couple of reasons. First and foremost, we live on the mild mild central coast of California where a hard freeze is unheard of. Secondly, with our long, warm growing season we can make dessert wines with heat instead of cold. Remember those raisins in the cab we picked last week? That is the result of the other way to purify water in nature, evaporation. As the pure water evaporates, it leaves behind the same "impurities" that freeze does. So making a wine from 100% raisins produces a similar beverage. Of course the flavor profile is different as raisin wine will taste ripe to the extreme, where ice wine tastes like whatever stage of ripeness the freeze hit at. There is a way to make ice wine anywhere in the world though. You can press your grapes, freeze the juice mechanically and then remove the ice. This produces the same concentrated juice, just not done in the proper spirit of a natural freeze. If I do produce a specific dessert wine, I'd probably use the evaporation technique to produce elevated sugar levels to stay true to our region.